It’s weird to exit the bus and suddenly everything is in French. Even getting on the metro felt like I’ve been thrown somewhere into Paris and not like Canada anymore. And I guess it’s the only place where you have to clarify what Starbucks is…? 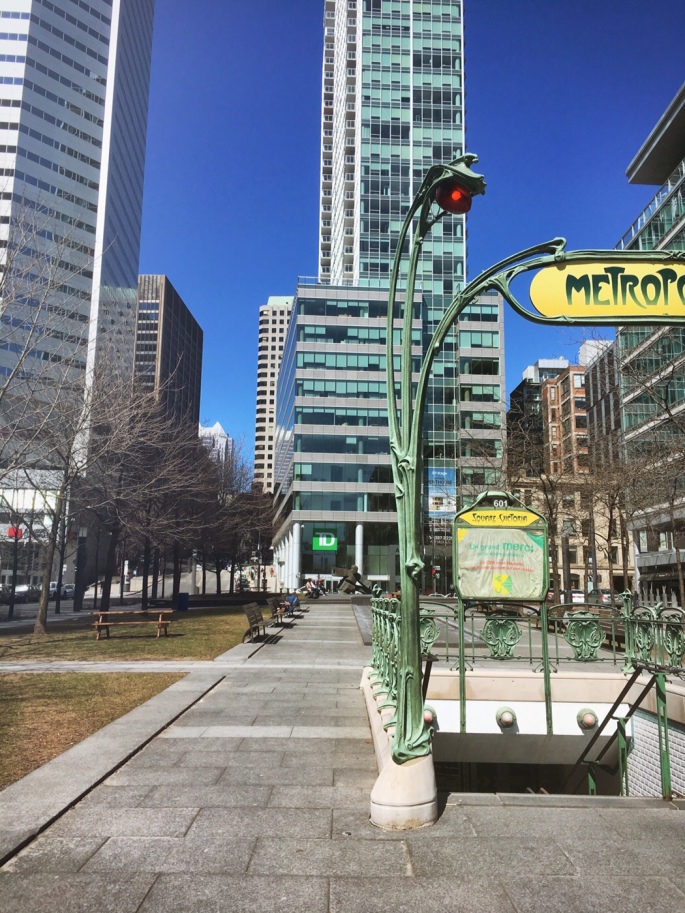 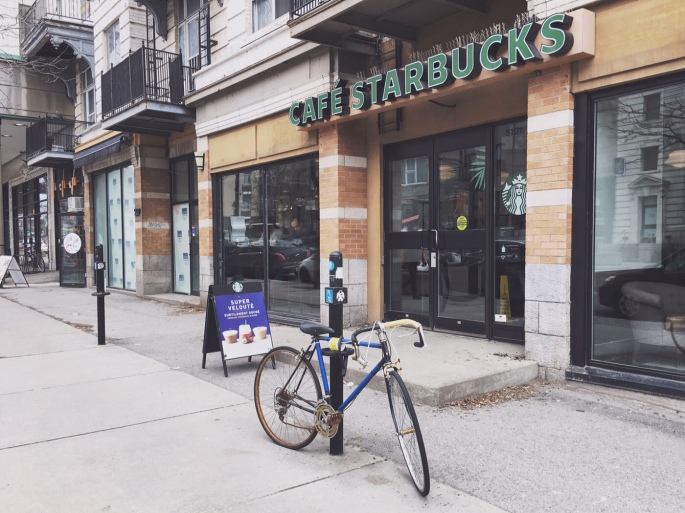 The vibe is relaxed, chilled and on a sunny day the city is just beautiful. People are kind and speak slowly if you want to practice your French. There are so many possibilities to work and create in plenty of affordable co-working spaces and coffee shops that it’s definitely a hotspot for creatives and startups (La Finca, Crew Collective & Café and Humble Lion were my choice for the days). And parks like the Mont-Royal were great for a walk, a run or some exploring to get some inspiration. 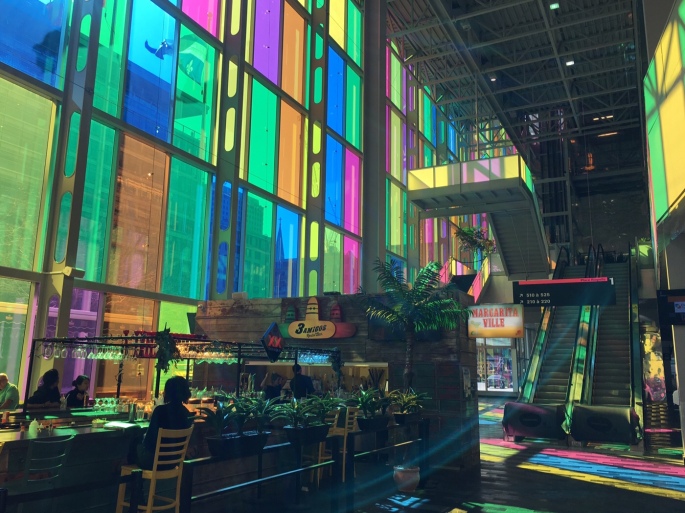 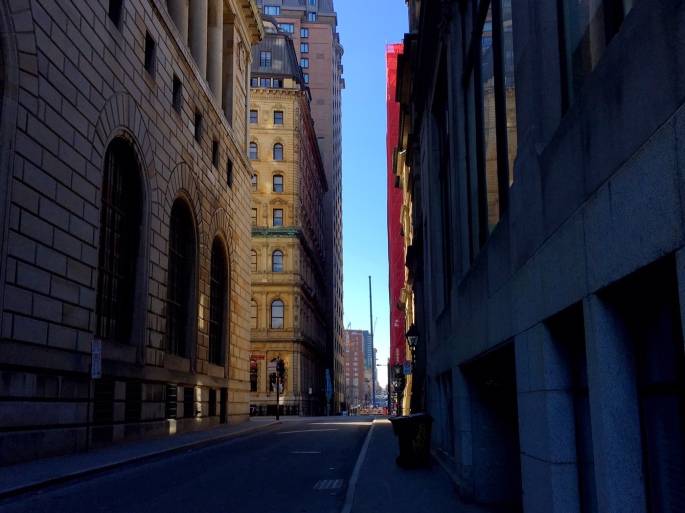 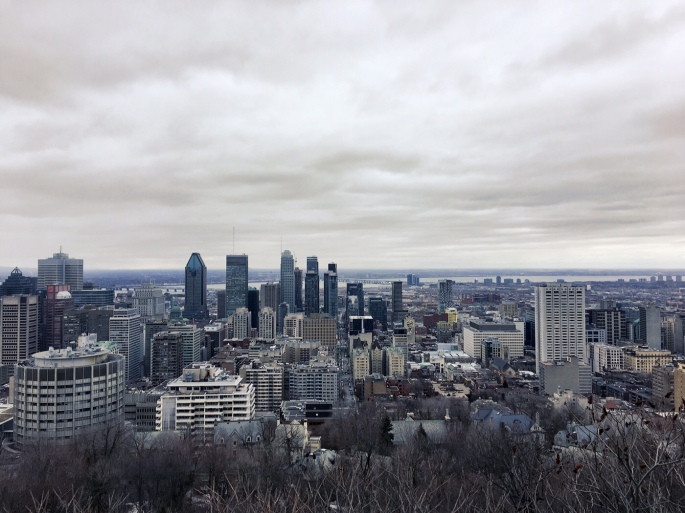 There are two specifics that caught my eye when walking through Montreal.

Luckily there’s always someone around who will tell you about it if you wonder out loud about it or just wait until the topic comes up.

To 1) I got the following explanation:

First it’s one room less to heat. And then there is/was a tax on space covered by roof and walls – like indoor stairs. Everyone in the house had to pay a share even if they lived downstairs. So they set up the stairs outside and solved the problem. Now they only have to care about not slipping too often in winter on the outside icy stairs.

I call this collage “the different steps of relationships for staircases”. 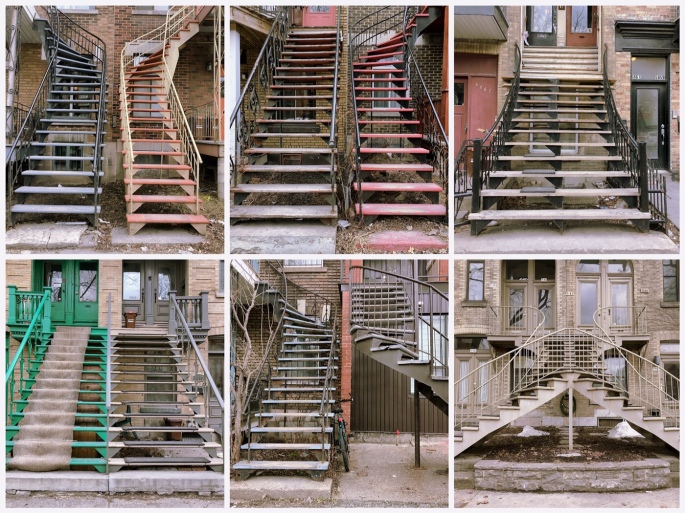 And to 2), well, my friend from the hostel gave me a story that sounded like a rule only a French country who loves to enjoy life can bring up: “Normally you’re not at all allowed to drink outside if the premises don’t have a license or if you’re not on your private property. But in Quebec there’s an additional rule. If you have a picnic – and this has to involve food more than just chips like sandwiches, cheese and stuff – then you’re allowed to bring and have beer and wine along.”

Doesn’t that sound just fabulous? And a rule that in all of Canada could only be possible in Québec. It makes me so happy and I would love to have an instant picnic just by the thought of it. 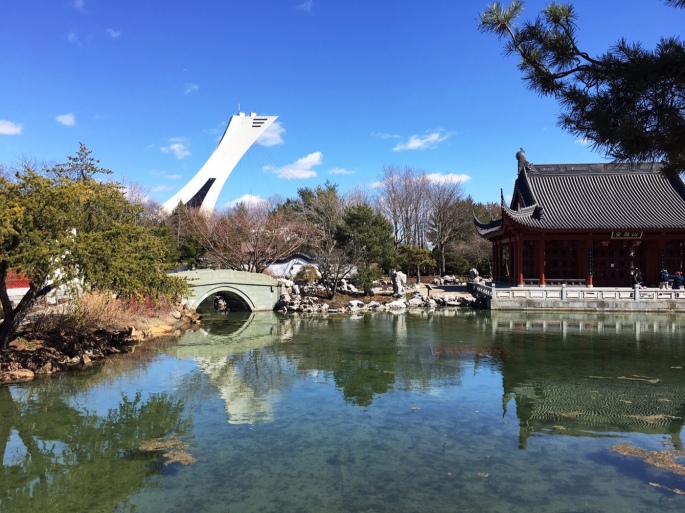 Life in the hostel was quite fun in Montréal and I met a couple of good souls. It wasn’t always that easy as groups preferred to stay together. Yet Gary from Glasgow was not only a specialist for using swear words in every single sentences but he’s also incredibly good in connecting people in such an uncomplicated way which brought me to more than just one good evening out.

There were great and relaxed spots for live music around town and because of the density of pubs and enough people eager to go out I finally had a pub crawl again. After Queenstown, New Zealand, and the two pub crawls there I was happy to have one again after four months. It’s an interesting way to get to know what people are up to in the specific city.

The best moment yet was when we were having a couple of tequila shots with a Mexican who got very confused how we drank it. So, I’m still not sure how many different ways there are to drink a tequila but here is the way we thought was right and how he did it:

He tried it our way but didn’t like it at all. And he couldn’t help but smiling about us being so serious about it. 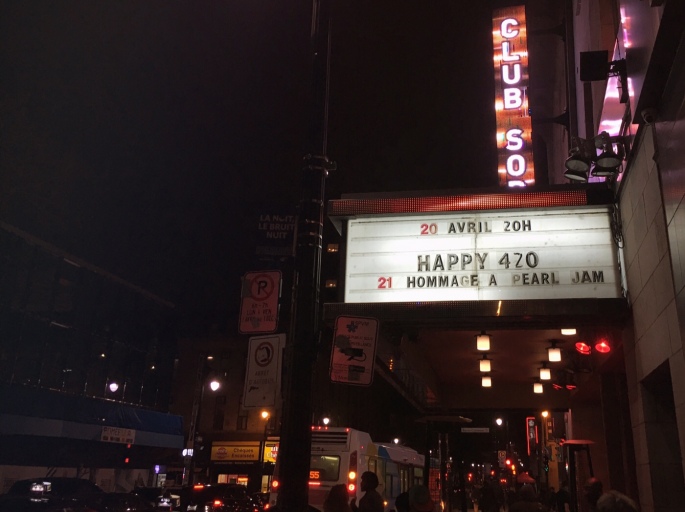 Last and least: My favorite metro station in Montreal is: Bonaventure – Good adventure.

Let’s get all out and have more of those – small and big ones.

See you in Québec City.

PS: I had to check the picnic and alcohol fact for Québec as I so wanted it to be true. And I was very happy to find this quote on the official site of the city of Montréal:

Drinking alcoholic beverages in public places is strictly prohibited. The only exceptions to this rule are when beverages are consumed in establishments that hold permits issued by the Régie des permis d’alcool du Québec or consumed in a park with a meal.”